I've been doing some cleaning and there are a lot of unfinished projects, some of which may never be finished. I decided to collect some of them to this post.

First, a pair of Barbie stilettos, which were bright pink to start with. I painted them black using acrylic paint and then added sealer to prevent the paint from chipping. These are unfinished, because I haven't figured out what kind of straps to use and how to attach them. 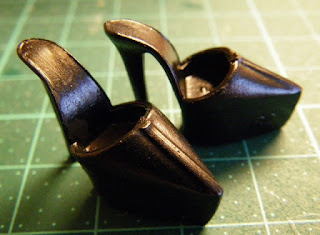 Next, a pair of plaster castings for Monster High dolls. The first stage was making a master using balsa wood. 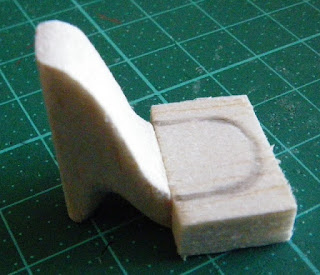 Here's the sanded and painted master with another one made of modeling clay. 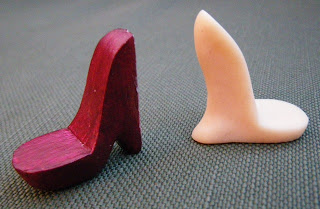 Making the latex mould. If you want something else than a wedge sole with this technique, the easiest option is to make the back of the heel straight, so the opening can be placed there. 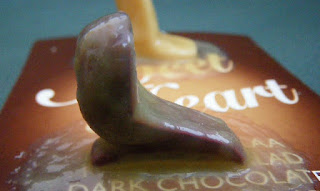 A pair of plaster soles right out of the mould.

Here after a few coats of paint. And that's how far this project has come. 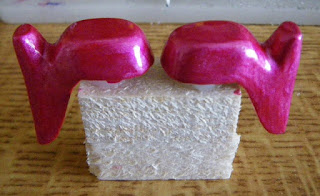 Then another Monster High repaint. The next stage will be painting the round studs, but I've been postponing that, because I know how hard it will be with eyesight like mine. 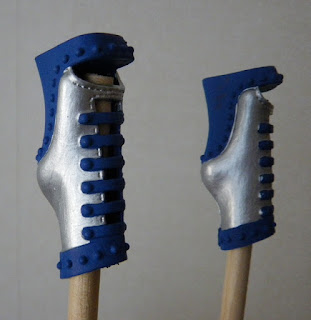 The final one is an experiment with shrinking plastic. It's a thin sheet of plastic (white, opaque or transparent), which shrinks and hardens when you bake it in the oven. The first picture shows the piece I made to get the right measurements. The scale drawn in the piece of plastic was originally 3 cm long. 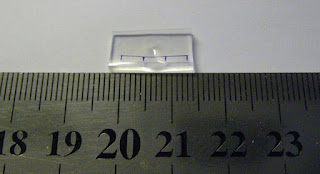 When you bake the pieces, they first curl and then straighten back. The result is flat, if the oven temperature is just right. 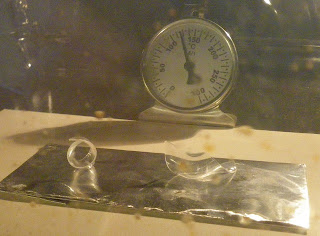 I used the plastic sheets to make the same kind of heels as in the shoes made entirely of cardboard. Far right is the pattern in the correct size, far left the pattern enlarged to take the shrinking into consideration, and in the middle is the baked plastic heel. 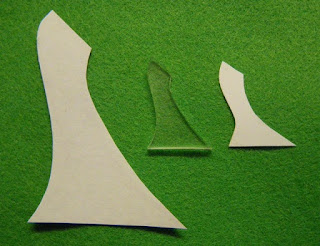 Here you can see the difference in thickness. The upper piece I'm holding is an unbaked sheet and the lower one is a baked piece. 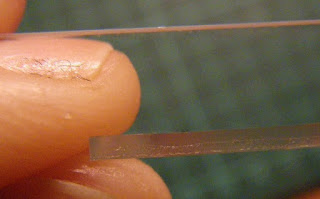 I have also made the straight parts of soles for these and glued the heels into them, but that's where this project has stopped, at least for now. The next stage would be to make the inner soles, probably out of cardboard as usual.